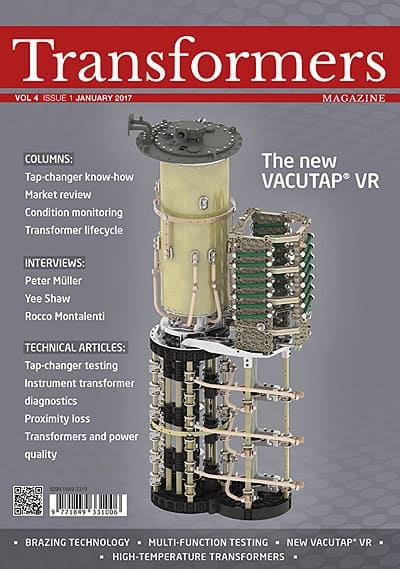 From the classical theory of electrical machines [1] it is known that in the magnetization of steel cores of various transformers currents with an increased frequency (3f, 5f, 7f, etc.) pass through the primary winding, with the third and fifth harmonics being most pronounced. They are generated as a result of non-linearity of the transformer magnetic characteristics and saturation of the core material. If, due to the delta connection diagram of windings, the third harmonic of the magnetizing current reactive component cannot exist, it emerges (including the multiples of 3) in the magnetic flux and in MMF (magnetomotive force).

The spectrum of the generated harmonics depends on the vector group of the transformer. Magnetization currents of the three-phase three-limb core transformers not only contain higher harmonics, but are also unbalanced due to the asymmetry of the magnetic circuit [1].

The transformer becomes a generator of high frequency currents which have adverse effect on the equipment connected to the power network and the communication lines. This is also directly related to deterioration of the electricity quality [2, 3, 4].

The aim of this article is to study the mechanism of generation of higher harmonics from the field point of view, and the influence of small three-phase transformers used in households and industry, which are external loads, on the quality of the power system. Specific studies have been done on the three-phase transformer shown in Figure 1.