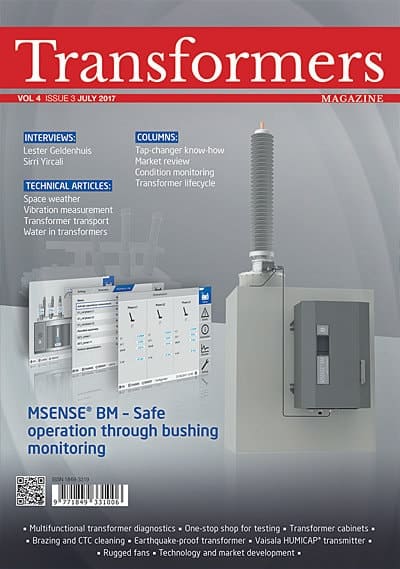 As part of the certification procedure, a detailed out-of-tank active part inspection must be carried out after the test is performed, followed by a repetition of the dielectric tests at 100 % of the specified voltage level. After passing all the requirements, a type-test certificate on short-circuit performance is issued.

Short-circuit testing is considered a better means of ascertaining the real performance of equipment at short circuit, since this test verifies that both construction and design are adequate [1].

Test experience shows that, in spite of the ubiquitous use of simulation programs in the design of transformers, still around 25% of the transformers do not pass the standardized short-circuit test. The large costs and a possible delay of projects, which result from a failure to pass, makes it clear that manufacturers do everything they can to avoid the risk of such a negative result. The fact that nevertheless 25% fails to pass illustrates that the result of the test cannot be predicted beforehand by calculation.

Short-circuit tests do not reduce the life-time of a well-designed transformer. Reputable manufactures agree on the fact that for a properly designed transformer with enough margin to handle the electro-dynamic stresses, the effect of the short-circuit stress will be that the windings undergo a certain settling [2]. The effect of the settling is that the stiffness of the windings increases and this is visible in a small variation (if any) in the reactance values measured between the first tests, but becoming smaller or nihil at the last tests. Such a transformer is even stronger after the short-circuit tests than before, and can be put safely in operation again. Large utilities in Italy, Canada and Turkey have not seen any service problems on the units which have been short-circuit tested [1]. Chinese experience [3] shows that 40 transformers (110-220 kV) put into service after passing short-circuit tests function without problem during the monitoring period from a few months to more than five years.