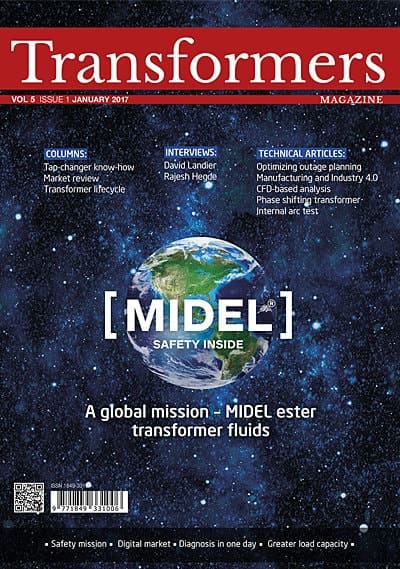 KSH International is a manufacturing company with 38 years of experience, belonging to the KSH Group. The company is the largest shaped magnet wire and continuously transposed conductor (CTC) manufacturer in India. By shaped, I mean that we do not do any round magnet wire, but are specialized in shaped magnet wire, which is mainly used for transformers, motors and some special applications in electrical and power system segments.

Within the group, there are other businesses as well. For example, we run a distribution and service business in India for a German company Bosch. This is a 55-year-old business in the automotive industry, and we are one of the oldest servicing partners in India, and one of the largest distributors for the aftermarket.

We are also in the infrastructure business, and we have built factories for Kawasaki, Kimberly Clark, Renault, etc. Our headquarters is in Pune, with all other verticals managed within our family.

We operate two magnet wire production plants, with 210 employees at two locations – one near Mumbai, and the second plant in Chakan, Pune. Pune is an industrial city, also considered an automobile hub for India. Our last year’s revenue was about $40 million, while this year we will be close to $60 million.

We have an installed capacity of about 20,000 metric tons per year. Our CTC installed capacity is approximately 12,000 tons, i.e. 1,000 tons per month. Our business is based on the make-to-order principle, which means that each production batch is unique, made per customer specification and per specific standards: Japanese, Indian, IEC, or any other existing standards.

Our products are mainly used for power and distribution transformers, up to the highest AC and DC voltage levels. We have delivered more than 300 sets for 765 kV transformers in India as well as to some customers abroad. We have also supplied for 1200 kV transformers in India, and recently we have been qualified to supply for HVDC projects also in India. We also supply for medium power and small distribution transformers, as well as for the local traction transformer market, which is a big sector now in India considering a lot of investment is going into the strengthening of the railway network. We also serve some wind generator manufacturers in India, as well as large motor, hydro and turbo generator segments. We export about 35 % of our production to more than 15 countries. This includes countries in the North America, Central and Eastern Europe, the Middle East, which is a big market for us, and some of the neighbouring countries like Bangladesh, as well as Japan, Malaysia, etc. Our customers also include large OEMs, such as ABB, Siemens, GE Grid, Toshiba, TBEA, BTW, BHEL, etc.