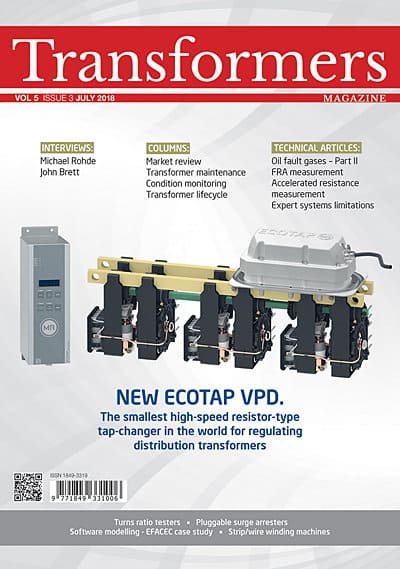 Dissolved gas analysis is a common technique in the supervision and maintenance of transformers. It can give hints on defects and faults in oil-immersed transformers by determining and quantifying gases arising due to thermal or electrical stress. Different algorithms for the assessment of transformers, which deploy data obtained from dissolved gas analysis, have been published so far. However, only few investigations exist that deal with the influence of the oil’s chemical composition towards the oil’s tendency of releasing gases. This research study uses a closed experimental set-up, which only exchanges energy with the environment, to compare four commercially available transformer oils of different composition in regard to that aspect. The results indicate that an oil mainly consisting of paraffinic hydrocarbons shows a different gassing pattern compared to naphthenic oils when it is exposed to thermal stress. Some explanations for this phenomenon are given in the report as well.