January 9, 2020
by Written by Marius GRISARU 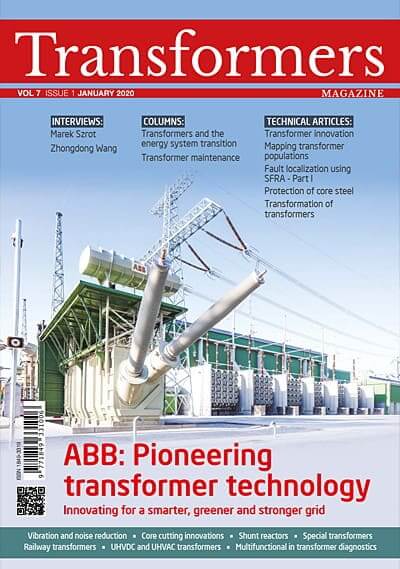 With time, the size of the transformer increased exponentially both in power and voltage. Although huge improvements have been made regarding the magnetic core and the decrease of core losses, a transformer is now producing much more heat due to the design optimization and size reduction. Heat reduces the insulating properties of the insulating matrix, reducing the conducting properties and accelerating all chemical reactions including ageing and corrosion.

The transformer’s efficiency increased as well, mainly due to the development of new core material alloys. Also, the thickness of the core plates gives assistance in reducing no-load losses.

1919 – Hydrogen appears to be correlated to the disruptive discharge of the insulating oil.

1930 – 1960 and until today – According to IEEE approach, the diagnosis of the transformer condition is done by interpreting percentage concentration of combustion gases in the headspace above the oil or in an alarm relay such as Buchholz. 5 % in gas space or 0.5 % in oil have been the pre-failure limits for the last 80 years.

1973 – Thermodynamics approach, Halstead. Probably the most cited paper for DGA diagnosis. Presents a visual correlation between relative gas concentrations and assumed temperatures. Although this model is widely accepted in the industry, time showed that this model has many restrictions. Some of them are described in recent literature. One of the most important understanding should be the understanding that the graph of gasses and temperature is not bidirectional. In most thermal fault cases, gas formation is a sign of high temperatures inside transformers, but temperatures do not always produce gases in real operational transformer. The main cause of these discrepancies is the kinetics, activation energies of molecules formation. These phenomena were also observed in several attempts when using chemical indicators tags for the temperature inside the transformers or via fiber optics measurement.