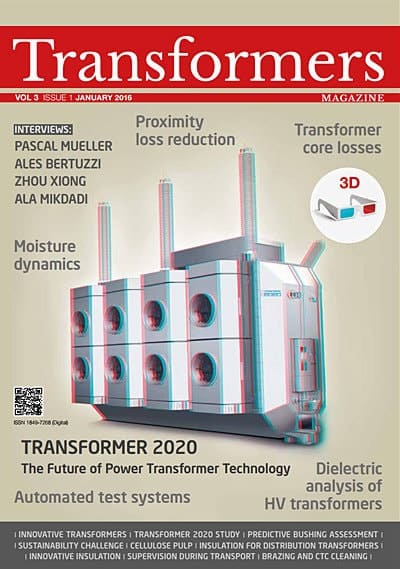 2015 is behind us. It was an interesting year which brought a lot of novelties, all of which, off course, cannot be listed here. Let me mention only a few of them, which I think are most important.

First of all, we have seen the introduction of the Ecodesign Regulation in the European Union market, which is expected to ensure that transformers become progressively more efficient. This means that new power transformers put into service in the EU internal market will have to fulfil minimum energy efficiency requirements. Tier 1 came into effect on the 1st July 2015, and Tier 2 will further tighten the regulation by July 2021.

The Ecodesign Regulation has been accepted as a positive step ahead, but even before this regulation took effect, the European Commission introduced a regulation for imposing provisional anti-dumping duty on imports of grain-oriented electrical steel from China, Japan, South Korea, Russia and the U.S. in order to protect the local production, which in fact does not have enough capacity to satisfy the demand of the market. The regulation had been in effect for six months before the Commission imposed a definitive anti-dumping duty in October, which will be used until late 2020.

But this was only one battle in, let me call it, a world-spread GOES war where other countries such as USA, China, Brazil and Russia also participate.

On the technology front it was much more interesting. In 2015 Siemens manufactured and successfully tested the first synthetic ester-filled 400 kV transformer for National Grid’s Highbury site
in north London, UK. In 2014 Siemens successfully tested the first natural esterfilled 300 MVA, 420 kV transformer for the German utility TransnetBW. It will be interesting to see a further penetration of this technology, after it has been mastered by this OEM giant.

A lot of other products and solutions were presented in the course of the year, but few of them can be compared to what Transform group of companies did in October at the Transform 2015 event. They re-thought everything about transformers that used to be taken for granted and came up with more than a dozen ideas how to make transformers better, but still cheaper. The presentation of these concepts in a 3D lab was utterly impressive. In this issue we bring an article about Transformer 2020 study, and I recommend reading it in order to find out more about this intriguing  project.

In addition, this issue of Transformers Magazine brings four interviews, and several technical articles and advertorials. All pieces provide a lot of technical and business-related content, and I hope you will enjoy it. Have a pleasant reading!

At the beginning of the New Year, on behalf of the whole team of Transformers Magazine, I wish you a lot of success in your professional and private life, and I hope that the magazine will support you in achieving this success! 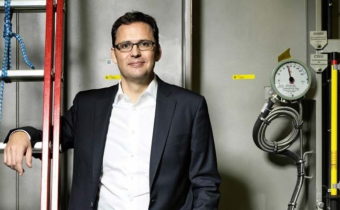 About ewz ewz is a Swiss utility engaged in the business of distribution and production of electric energy and communications services. It was established 120 years ago and it...
by Transformers Magazine 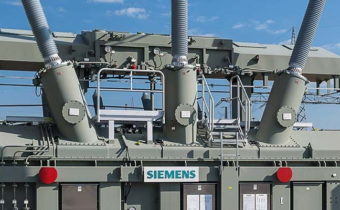 Siemens Transformers – A synonym for innovation

Providing customers with cutting-edge technology Transformers are high-tech products. Although their principle and basic design have not changed dramatically throughout the years, our innovations make these strategically important assets...
by Siemens Transformers 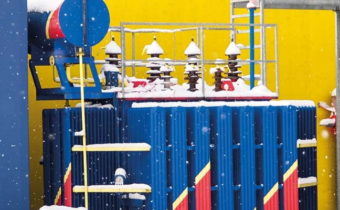 Abstract Dielectric tests have been used for decades for diagnosis of power transformers and bushings. In addition to the traditional tests at line frequency, modern types of dielectric tests...
by Martin Anglhuber, Michael Krüger 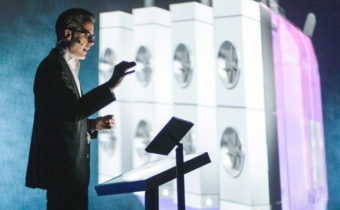 The challenge What will transformers look like tomorrow? The same as yesterday, many will think, because the transformer industry is a very traditional and conservative industry. Or did it...
by Transform group 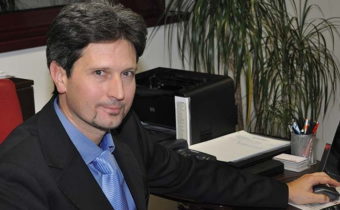 Interview with Ales Bertuzzi, leader of Trafogrid and Managing Director at L.A.E. 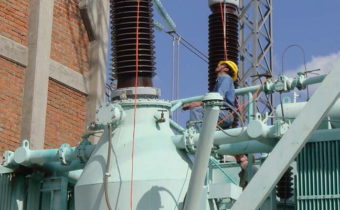 Improving off-line predictive bushing assessments: A practical alternative to the use of on-line bushing monitoring systems

Introduction On-line bushing monitoring systems are a polarizing subject. On the one hand, users have shared success stories wherein what is believed would have been a catastrophic failure was...
by Jill Duplessis, Matz Ohlen 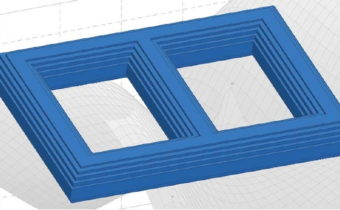 Abstract By identifying the characteristic equation of the specific no-load losses of each iron sheet based on the core configuration, it is possible to reach a high level of...
by Ahmed Gamil, Franz Schatzl 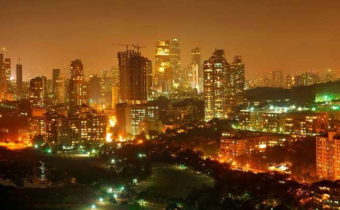 Abstract Transformers, enabling transmission of electric energy, are at the centre of the system which fuels modern society. Therefore, they are affected by the issue of sustainability, but there...
by Cargill 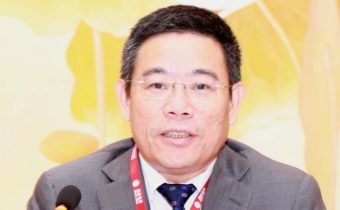 The company profile Shandong Electrical Engineering & Equipment Group Co., Ltd (SDEE), a wholly-owned subsidiary of the State Grid Corporation of China (SGCC), was founded in May 2012. As...
by Transformers Magazine 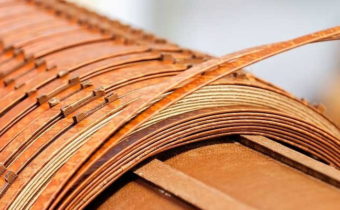 Cellulose-based insulation for transformers Solid insulation is a key part of any transformer. This is due to the fact that any other part or component of a transformer can...
by Aspa Bruk 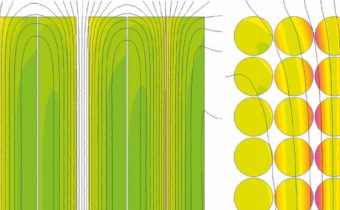 Abstract Skin depth and proximity effects in transformer windings are important phenomena influencing the design even at power frequencies (50-60 Hz). However, they become critically important at elevated frequencies,...
by Stan Zurek

Trends change technologies. The same is true of distribution transformers: compactness and environmental compatibility are two of the claims that now characterize modern generations of transformers. Behind the scenes...
by KREMPEL 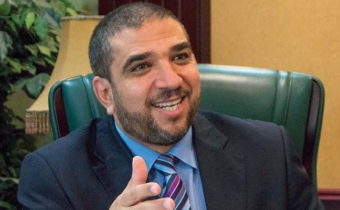 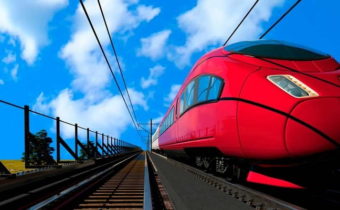 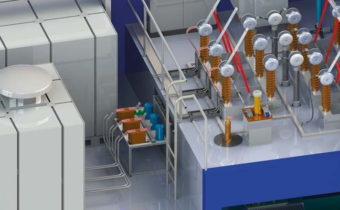 Test systems for automated testing of distribution transformers – Part I 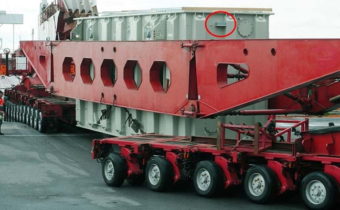 CARGOLOG® FAT90 – Supervision of your goods during transport

Having your goods monitored during transport is an efficient solution to prevent transport damage. Mobitron has over 20 years of experience in monitoring demanding transports. Since 1997 the company...
by Mobitron 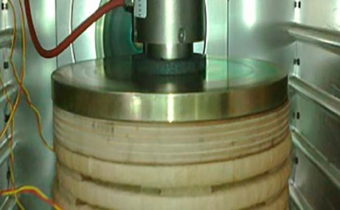 Abstract Factory drying of transformer insulation is performed to remove excess moisture from the insulation, which delays ageing and helps in sizing the core-coil assembly before oil impregnation. The...
by Sruti Chakraborty, Rahul Zambare, Sushil Chaudhari 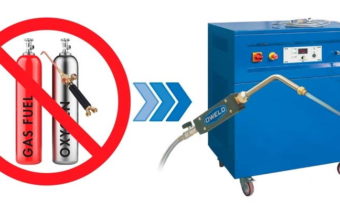 Brazing and CTC cleaning in transformers

Make your manufacturing plant smarter and safer Nowadays innovation of the production process is a matter of survival for both large manufacturers and smaller factories. Quality, productivity and safety...
by Diego Andreetta, Oxyweld