What is the probability of a power transformer breakdown when repeating dielectric tests? 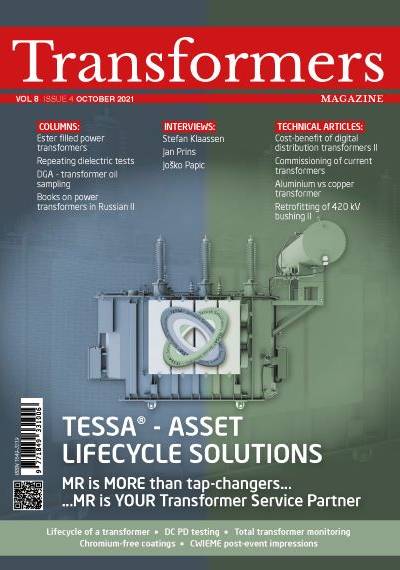 I adhere to the axiom: “If you have a suit, and I have a different one, we exchanged suits, and everyone has ONE suit, but if you have an idea, and I have another idea, then after the exchange of ideas, everyone has TWO ideas” and cite another example from the experience of the ZTZ test station, unknown to English-speaking readers. The question raised in the title of the article became very relevant in the 1980s for ZTZ, when the number of power transformers produced for foreign customers increased sharply. The cases of the late arrival of customer representatives (CRs) to the FAT (factory acceptance test) also increased significantly, and the planned management system forced the plant to carry out tests before their arrival.

Upon the arrival of the CRs at the plant, the tests usually had to be repeated. The issue of repeated dielectric tests deserved special attention. Short-duration induced AC withstand voltage test (ACSD), lightning impulse test (LI), lightning impulse on the tail (LIC) test, switching impulse test (SI) are destructive tests, and the insulation of power transformers must only withstand them once. When repeating tests, GOST was allowed to apply 90 % and IEC 75 % of the established norm. But only in rare RCs agreed to such a decrease.

Typically, the plant was forced to repeat the 100 % ACSD test, with the risk of failure of a known-good transformer.

In accordance with GOST, 3 (three) pulses were supplied to the LI, LIC, SI tests before the arrival of CRs. In many cases, it was possible to agree with the CRs on the application of only one additional fourth impulse. The coincidence of the oscillograms of the fourth pulse with the oscillograms of the first two pulses convincingly testified to the “healthy” of the transformer.