Argentina, Jujuy: Abengoa has completed the execution and commissioning of a new transmission project in Argentina through its Argentinian subsidiary Teyma Abengoa.

The projects was carried out by the trust Transport Works for Electric Supply at the facilities of the carrier InterAndes, a company of AES Gener, in the province of Jujuy.
An important milestone for the Argentinian electricity system is fulfilled, since this project is the first part of the development of a 220 kV transmission system for the supply of currently isolated demands and will also allow the interconnection of the mega 300 MW photovoltaic solar park Cauchari, which is located in the same region.
In particular, Abengoa has been responsible for opening a 345 kV transmission line and building its sectioning station with GIS technology.

This project, which has been developed at 4,000 m above sea level, has been a challenge both from the engineering and construction point of view: challenges of altitude, lack of oxygen, and thermal jumps. In addition, the team had to face adverse weather conditions such as extreme temperatures of -20 °C, as well as seasons of strong winds and large floods, typical of desert and mountain areas.

The completion of this project contributes to reinforcing the experience and leadership position of the company in the development of complex electrical installations in the local market and globally. Abengoa has been present in Argentina for 50 years and has developed large-scale projects in all the sectors in which it operates, mainly in the area of energy transmission and distribution. 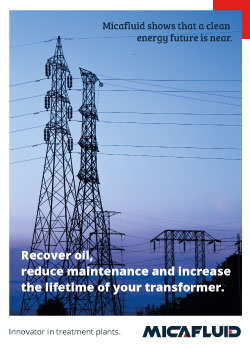